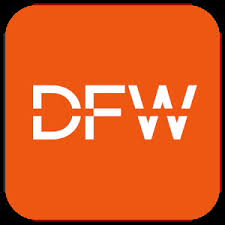 As of March 2017 , DFW Airport has service to 217 destinations. including 56 International  and 161 domestic destinations within the US.

DFW Airport has five terminals and 165 gates, the terminals at DFW are semicircular except for the new terminal D which is square U and built around the airport’s.

DFW’s terminals are designed to minimize the distance  between a passenger’s car and airplane and to reduce traffic around terminals.

DFW airport is undergoing a $2.7 billion terminal renewal and improvement program on terminal A.B,C and E work on the project began following the conclusion of super bowl XLV in February 2011.

DFW Airport Limousine has spot for parking everywhere at the airport , also we provide meet and greet from inside the airport just let us know if you need  help with the bags we will meet you from the baggage claim.

DFW Airport limousine will love to take care of your transfer from the airport so please call us (214)713-5120 or visit our website:www.dallasairportlimousineservice.com

WHERE TO ENJOY THE BEST HOLIDAY LIGHTS TOURS IN DALLAS

ABOUT US
Dallas Airport limousine Service, Dallas Texas, provides the travellers with a car service at the airport which runs from the Dallas Fort Worth International Airport and Dallas Love Field Airport to locations like Dallas,TX , Plano,TX , Frisco,TX , Mckinney,TX , Arlington,TX , Fort worth,TX , Richardson,TX , North Dallas,TX , Prosper,TX…etc. Dallas Airport limousine Service is available 24X7 for the travellers at the airport who either arrive at Dallas,TX or departure from the same. The most famous among various types of car services that are offered to the travellers is the Limousine Service. The services are truly luxurious airport transportation service that is a very comfortable way of travelling in a city.
Contact us: novalimo@gmail.com or Call us : +1 214-713-5120
FOLLOW US
© Dallas Airport Limousine Service - www.dallasairportlimousineservice.com | Powered by: FLAMBOSOFT | All rights reserved